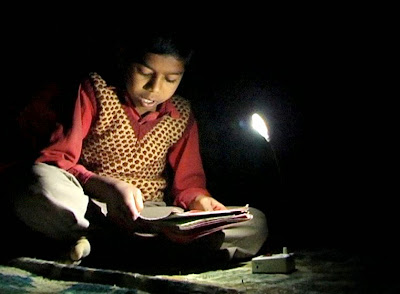 (Based on a real life incident)

Prateik had just won a scholarship from a very prestigious institute, everybody around him- his teachers, his friends and his principal- all were celebrating. But Prateik looked blankly at them, because this scholarship was useless. He got an 80% scholarship, still he was needed to pay for the remaining 20, which was way beyond his and his mother’s means.

Prateik never had life easy. His father left him for another woman when he was just 6 years old. His mom worked as a maid in 4 different households to make her ends meet as well as educate her son. Prateik, after school, would work in a grocery store as a delivery boy. He knew his mum was growing old and he wanted her to relax and lead a comfortable life now.

He couldn’t be selfish. He couldn’t ask her mother to arrange for Rs. 32,000.  The news of his scholarship had already reached his slum. As soon as he reached, everyone started congratulating him. He smilingly took all the wishes and quietly went into his house, sat on the floor looking around. They lived in a small shanty, which was in dilapidated condition. It had rusted scrap metal roof which was unable to stop storms or bugs. He hated himself, for even thinking of pursuing further education.

He looked at his tattered shoes, hand-me-down clothes. He still remember the time when he would look at his neighbour’s kids bursting expensive fire-crackers and all he would have was Fuljhari.

Soon his mother came from work. As she saw him... she rushed to him and hugged him. She looked at him smiling and her eyes filled with pride.

“I am sorry, mum. I am not joining that college. Mukesh Kaka has asked me to work with him in the factory. The owners need a delivery boy. They will even pay me well. Now you don’t have to work this hard.” He said. Looking at the floor, he didn’t want his mum to see a grown boy like him was crying. At times he hated being boy; they always had to pretend to be strong and capable.

“I want to work hard. It keeps me busy and l feel good about me.”  She smiled and went in the kitchen. After some time she came out carrying a container. She opened it, it had dal inside. She dug her hands and pulled out few pieces of paper. They were the FD’s she had made in the bank. She had saved enough money to send her son to college.

Prateik looked at the thin frame standing in front of her. She never bought a saree for herself, lived in comforts because she was saving money to help his study.

The respect for him mom doubled all of a sudden. Now he was even more determined to give his mom all the comforts she so deserved.
- November 12, 2014

Email ThisBlogThis!Share to TwitterShare to FacebookShare to Pinterest
Labels: Once upon a time...