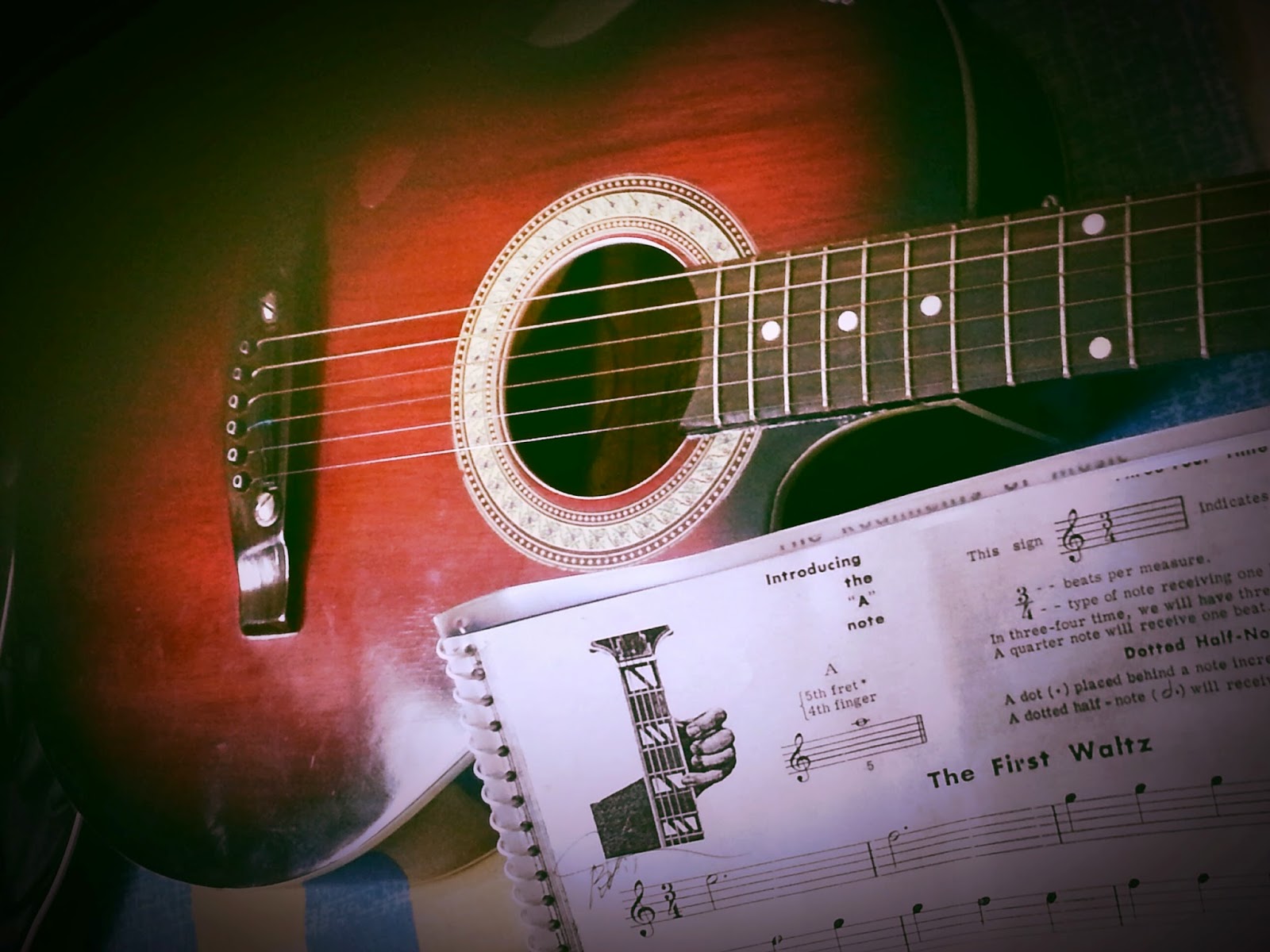 I am a 34 year old housewife. I have never done anything that can be considered extra ordinary or bold or even remotely brave. . I have never had a boyfriend or even knew a guy (who was not a brother or an uncle or a relative), I was not even overly ambitious. Most of you, who might be reading this, must be wondering why I am even writing when I have nothing to boast off. Well, I did something which was very unlike me and it meant a lot to me ... I did stand up for a small/miniscule cause.

I have never questioned my parents, teachers, in-laws, my husband or even my friends. Not because I was afraid but because I had nothing I felt worth standing-up for. So whatever they decided for me I was cool with it.

Last year, my son (8 years) came running home and he said he wanted to learn how to play a guitar. I told him he was too young to learn that instrument and if he wanted he could learn Casio keyboard. Like all kids, he threw a fit and like over-zealous parents we got him a Guitar. As expected, after a couple of months he said he was no more interested in that instrument. Honestly, what more could we expect from an 8 year old.

For more than a month I saw that guitar hanging on the wall. Every day I would remove the dust from the Guitar and wonder what I should do with it? One day, while reading a newspaper I found a pamphlet which said:-

I picked it up, carefully folded it and kept it in my drawer. I kept thinking what if I learned guitar? Vikram was off to school, Vikas was off to work and I don't even enjoy watching Television, learning guitar would be a good time pass.

So I casually asked my husband. Though he was cool with it... but he asked me “Aren’t you too old to learn Guitar?"

I knew I was too old, I knew I wouldn't be able to muster enough courage to attend that class.

Next day, like always I was dusting my son's room and I saw that Guitar - neatly kept inside a bag - hanging. Around noon, after all the maids had left, I carefully lifted that Guitar and walked out of my home. As I stood waiting for the lift, Mrs, Mishra - my neighbour got out of the lift.

"Vikram has his guitar class, right now?" She asked.

“No, it’s actually me who’s learning to play a guitar.” I said proudly.

“Aah…good. But...” I knew what she was about to say. I almost chorused it with her" don’t you think you are too old for it? I think you should do something that suits your age, may be yoga, classical music or even dancing.” She said.

“I always wanted to learn guitar. I think I am going to give it a shot.” I said politely

“Fine all the best.” she said and she left.

As I walked towards the class I saw my reflection on a car window, salwar kameez clad female carrying a guitar surely looked funny and weird, but I continued walking because I desperately wanted to learn. The moment I reached the class, all eyes were upon me. The teacher was somewhere in his late 20’s.

I sat beside the kids; few even greeted me “Hello aunty”. Well I don’t know if playing guitar was easy or not but learning with children.. None of them above 14-15 sure was difficult even somewhat embarrassing. I learnt a lot that day .It was real fun playing a guitar. It felt good even liberating to some extent. I felt bad when the class ended. As soon as I got home, I finished my house work as fast as I could and I got down to practicing my guitar. Yes, it was MY guitar now.

I have been learning that instrument since last 3 months and I think I am pretty decent at it. I practice almost every day. Finally I have found something I am passionate about... maybe a little late in life but I have found it.

You know, sometimes all you need is twenty seconds of insane courage. Just literally twenty seconds of just embarrassing bravery. And I promise you, something great will come of it – Benjamin Mee in We bought a zoo.